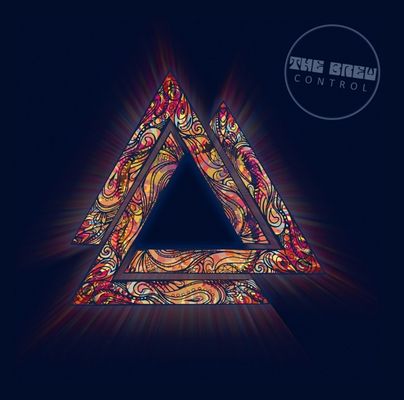 Hailing from the city of Grimsby, England, The Brew (UK) has gone from strength to strength since the release of their international breakthrough The Joker in 2008. With two subsequent stu-dio projects and a powerhouse live album, this award-winning trio has grown into one of Europe's most potent rock acts, combining the musicianship of classic rock with youthful energy and a brash, contemporary outlook. With Control, their newest studio effort, they have raised the bar and created easily their boldest and most confident recording to date.

As band members Tim Smith (bass), Jason Barwick (guitar/vocals) and Kurtis Smith (drums) put it: It was time for a change. Following their successful collaboration with producer Chris West on A Million Dead Stars and The Third Floor, the band phoned hard rock veteran Toby Jepson about working together on the new record. Jepson has enjoyed success fronting bands like Little Angels and has recently produced/co-produced acclaimed albums by The Virginmarys (UK Classic Rock Magazine Award Winners 2013) and The Answer (2013's New Horizon) as well as veteran acts like Saxon and Fastway. We met and immediately felt we were all on the same wavelength, recalls Tim Smith. Toby loves to record live. And this, as everyone knows, is where The Brew is happiest.

For the first time, and with Jepson's encouragement, the band spent months elaborating the material prior to recording. We took our time and locked ourselves in a studio to work out the songs instead of doing this on the road. We haven't had that luxury before. We looked back at our past albums and discussed what aspects of the songs we liked and, very importantly, what the fans liked. Also, what the fans and we as band liked about playing live and the energy that gave out. The task was to try to bring all of this into the new album.

As the expansive and dynamic sound of Control testifies, Jepson provided them with the ideal setting in which to let their raw power flow freely. We really laid off the heavy production, such as lots of guitar overdubs and layers, and went back to basics, says Jason Barwick. This keeps things fresh and totally changes the sound of the record. It really is a drums, bass and guitar album. The live approach allowed them – perhaps for the first time – to truly harness the power of their concert performances in a studio setting.

Always committed to musical excellence, Control finds The Brew taking their craft to a whole new level. The voice of Jason Barwick has filled out and become richer and more finely textured, to say nothing of his stellar double duty on rhythm and lead guitar. Tim Smith's bass provides a full-bodied sonic foundation – a thick layer of bottomy crunch – while Kurtis Smith drives the music with lean, muscular drumming. After leaning on Toby Jepson's expert guiding hand, the trio turned to renowned sound engineer Steve Harris (U2, Kula Shaker, Kaiser Chiefs) to do the final mix. The new production team has delivered a record that sounds bigger, sharper and decidedly more "epic" than any of The Brew's prior releases.

The titles of the album's ten tracks represent a curiosity – each of them a one-word imperative found on the front of every CD player or (for the retro-minded) cassette deck. (Rewind, Shuffle, Pause, etc.) If this makes Control a concept album, then Tim Smith says it is not by con-scious design. To me, a concept album is something like Tommy by The Who. Though he ad-mits there is a common theme running through the songs, Each one stands up by itself without the need to know about or hear the other songs. But they also work great together, whichever way you hear them!

The hard work, care and dedication that went into every aspect of Control have made it one of the essential releases of 2014. With this fully-realized album, a new chapter in the band's history has commenced. For anyone now holding The Brew's finest disc to date in their hands, there is but one thing left to do.