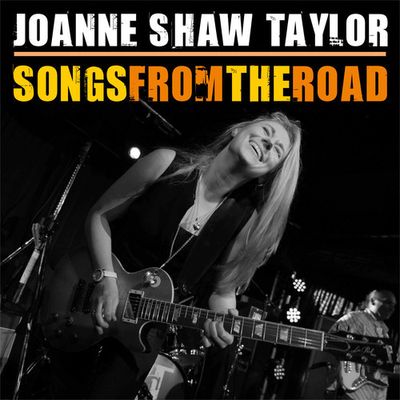 One night. One shot. No safety net. If there was pressure afoot as Joanne Shaw Taylor walked onstage at The Borderline on May 12th, 2013, then the bandleader used it as rocket-fuel, channeling the vibe into the set of her life. Now, six months later, that explosive performance is captured on Songs From The Road: a live album with the soul power to jostle the greats off the podium.

My fans, and especially the blues fans, have been asking me for a live album for a while now. I’m glad that we waited, and didn’t do it two years ago, because hopefully I’ve improved. We’ve done three studio albums now, so I think the live album ties all the albums together.

If the crowd brought the atmosphere, then Joanne brought the songs. While some bands merely sleepwalk through the hits live, Songs From The Road finds the bandleader pulling her back catalogue around by the hair, ensuring that from early favourites like Going Home to current roof-raisers like Soul Station, these songs are very different beasts to the studio originals.

If you only know Joanne Shaw Taylor as the songwriter and studio magician, then it’s time you heard Songs From The Road. Released November 2013 on Ruf Records, it’s a candid snapshot from the road that makes your front room feel like the front row. That night was just really good fun,” she reflects. “And I think that translates on the album.