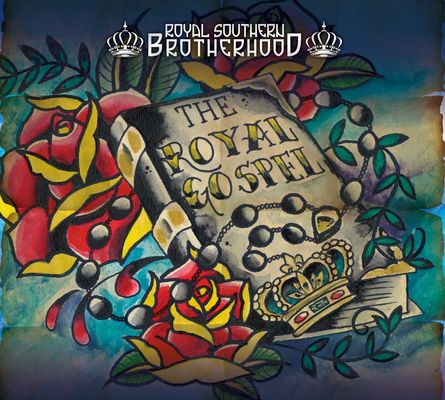 Chemistry. You either got it or you don’t. When the five members of Royal Southern Brotherhood convened in February at Dockside Studios, Louisiana, there was magic in the air. Just seven days later, the acclaimed US soul-blues collective emerged triumphant with The Royal Gospel: the fourth album in their rocket-heeled rise and further proof of a lineup born to play together.

Enough has been said about Royal Southern Brotherhood’s illustrious backstory. Enough has been written about the critical acclaim and sell-out crowds that greeted the original lineup’s 2012 breakout. Right now, fans would rather hear about the questing new material and finger-on-pulse worldview of The Royal Gospel, released 2016 on Ruf Records. Amen to that.

Like all the best groups, Royal Southern Brotherhood have evolved. Having bonded on 2015’s Don’t Look Back, the MkII lineup of Cyril Neville (percussion/vocals), Bart Walker (guitar/vocals), Tyrone Vaughan (guitar/vocals) and Yonrico Scott (drums) have found another gear on The Royal Gospel, bolstered by new recruit Darrell Phillips (bass/vocals), plus guest B3 from Norman Caesar. As far as the men making the music and playing the songs, says Neville, the mission of the band has never changed.