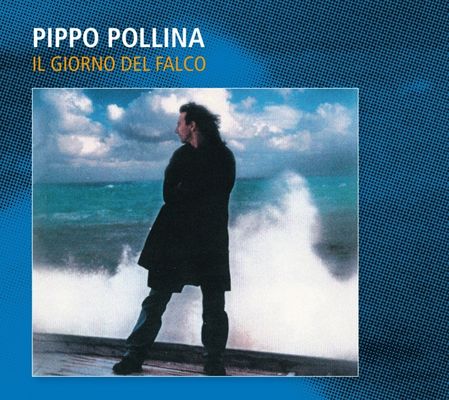 Il Giorno Del Falco was released in Switzerland and Italy in March 1997 and lapped all his predecessors. The album was directly and dreamy and tended with his rock vein to embark on a new path and to get out of the clamp of the singer-songwriting genre.

Great interest aroused the poignant and dynamic songs Buona Fortuna (Good luck), Cambierà (It will change) and Confessions (confessions). Listening to the album a few times, the most powerful song is the title track of the album. Il Giorno Del Falco dedicated to Victor Jarawas was a cry of pain and despair about the brutal regime of Pinochet: a song about the 11th September, the day on which Salvador Allende and democracy died in Chile.

Signore, Da Qui Si Domina La Valle (Lord, from here you can see the whole valley) had the structure of a march in progress, a non-confessional, profound prayer. It was dedicated to the Srebrenica massacre and written with the blood of the victims, a year before the Serbian militia had slaughtered more than 8000 Muslims in Srebrenica.

You can also find a new version of Questa Nuova Realtà on the album which Pippo recorded once again with a re-born Konstantin Wecker after ten years. For the accompanying tour Pippo played with the best musicians of the scene: Stefano Neri on bass, Daniel Spahni on drums and Thomas Fessler on guitar.