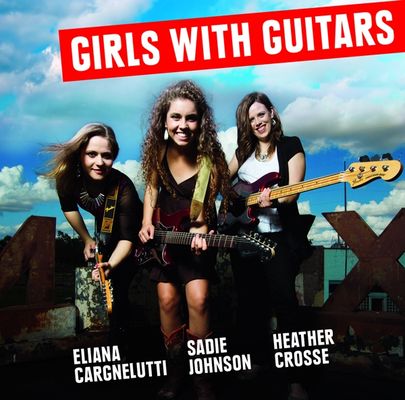 Ruf Records first presented the Girls With Guitars in 2011. The three electrifying musicians on that year's edition of the Blues Caravan tour caused such euphoria among international blues audiences that they were back by popular demand the following year. Now, starting in January 2015, the 11th annual Blues Caravan takes to the road with three new, young and dynamic Girls With Guitars who are ready to conquer the blues world.

In August 2014 Eliana Cargnelutti, Sadie Johnson and Heather Crosse paid a visit to legendary producer Jim Gaines. The result is an album with nine originals and three cover songs – released just in time for the new Blues Caravan tour. If that recording is any indication, the new line-up may just have what it takes to top the "Girls With Guitars" of the past!