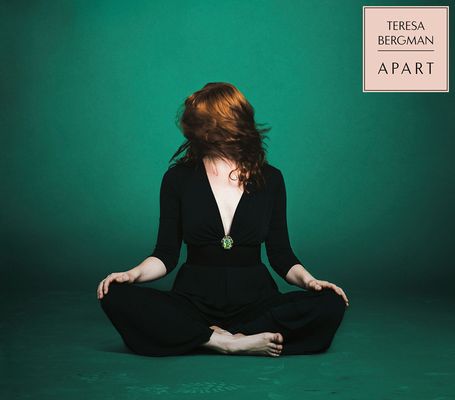 From Berlin busker to boundary-pushing studio artist; a few years back you could stumble across Teresa Bergman singing on the streets of the German capital. Two record releases and numerous tours through Asia, New Zealand and Germany followed. Now, the singer and composer is releasing an intense, pop-soul album with jazz and folk elements; titled simply, ‘Apart’. Created in collaboration with Bilderbuch producer, Zebo Adam, ‘Apart’ is a challenging album of separation; featuring experimental vocal arrangements, soulful strings and elaborate soundscapes. At ist center, the most important instrument remains Bergman’s rich and versatile voice. Influential German radio station, Deutschlandfunk Kultur, recently described the New Zealander as "the greatest talent we’ve discovered in the past year." Long established as a captivating live performer, Teresa Bergman’s second studio album continues to set her brand of arty authenticity ‘Apart’.

Teresa Bergman has travelled far. Growing up in Wellington, New Zealand, she arrived in Europe in 2009 to study social sciences in Poland and Germany. During an internship, she fell in love with Berlin and soon became known for her regular gigs in the city’s busking mecca - Mauer Park. “I had to develop a really percussive guitar style just to be heard above the clatter of the street.” Sticking out from the crowd was nothing new, as a child Teresa started playing in front of New Zealand’s shopping malls at nine years old. The singer continues to prove she’s got what it takes to be heard above the noise - influential German radio station, Deutschlandfunk Kultur, recently described her as "the greatest talent we’ve discovered in the past year."

The 32-year-old wrote and recorded her second studio album ‘Apart’ in Berlin and Vienna, co-produced with "Bilderbuch" producer, Sebastian "Zebo" Adam. Her international band: Tobias Kabiersch - bass (GER), Pier Ciaccio - drums (IT) and Matt Paull - keys (NZ), feature extensively on the record. The heart of the production remains however, the wonderfully dynamic voice of Teresa Bergman.

‘Apart’ is less folk inspired than the artist’s first album, with many tracks finding their roots in a darker soul aesthetic, born of Bergman’s heartfelt and often melancholic lyrics. “This album was about honing and tuning my sound”, the singer recalls. "I wanted to unite the retro and modern, the arty and the approachable.” Lush and sophisticated strings arrangements by English jazz-fusion musician Ben Barritt feature heavily on the record. Barritt further contributes some stunningly epic electric guitar solos.

‘Apart’ is an album of separation and redefinition, of entering darkness to find the light. It’s about a difficult, yet positive choice made by the artist to set herself ‘apart’ from her culture, country and personal relationships and gain redefining perspective. “I hope this record inspires others to have the courage to let go of destructive patterns or relationships and stand apart - strong and full of self-love.”

The titular track opens with a haunting Hammond organ, harmonic dissonance and a heavy guitar riff, before Bergman’s luscious and emotionally charged vocals take over. In the upbeat single, "Hold Your Heart," the artist uses rhythmic vocal percussion to initiate a quirky, bouncing disco funk. "Only Numbers" is a languorous and dreamlike alternative pop track that takes a critical look at the digital addiction of our times. It illustrates Bergman's penchant for refined vocal techniques and experimental arrangements, in a similar vein to French singer, Camille.

"The Semi-Professional Clown" recalls Bergman's past as a barbershop quartet singer. Completely self-arranged, and instrumented with her own voice, the track asks the question, what does authenticity mean for art?

Teresa Bergman has created an intense pop-soul album with folk and jazz elements that continues to set her brand of arty authenticity ‘apart’. At once varied and coherent - ‘Apart’ is challenging enough to stand out, yet universal enough to be instantly engaging. The artist herself calls it “a coming-of-age record. It’s the voice of a confident, 32-year-old woman, who’s not afraid to show her vulnerability. ‘Apart’ is about mistakes and lessons learned, self-acceptance and love.” Having long established herself as a captivating live artist, Teresa Bergman has created an album, which, like her, is unique, distinct, ‘Apart’.