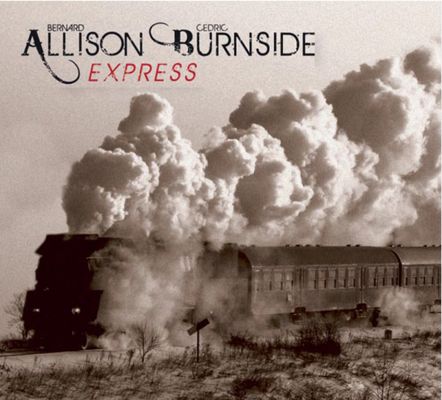 The Allison Burnside Express marks the first collaboration between two boundary-defying blues musicians from the USA, each of whom has successfully carried forth his respective family's musical tradition. The project is named after the two prominent artists who are its driving force: Bernard Allison (guitar, vocals) is the son of Luther Allison (1939-1997), who was famous for his rocking take on the blues, a style he originally honed backing up masters like Freddie King and Otis Rush; Cedric Burnside (guitar, vocals, drums) is the grandson of R. L. Burnside (1926-2005), whose extremely raw sound was influenced by John Lee Hooker, Lightnin’ Hopkins and Muddy Waters. As descendants and next-generation successors to these rich traditions, Bernard Allison and Cedric Burnside have teamed up to create a new kind of blues that references the work of their ancestors, but also incorporates elements of funk, R&B and soul music.

On their Debut CD Allison Burnside Express, the two artists bridge a number of styles and put their individual stamps on each of the eleven cuts. Besides a batch of fresh original songs, the band interprets Ike & Tina Turner's Nutbush City Limits, the classic Going Down by Don Nix as well as Willie Dixon's Hidden Charms. We just picked out the originals and covers we liked best, explains Bernard Allison, and played them in our own typical way, while trying to keep things as simple as possible. Allison cites his father as a key musical influence, while for Burnside it was naturally his grandfather, R.L.