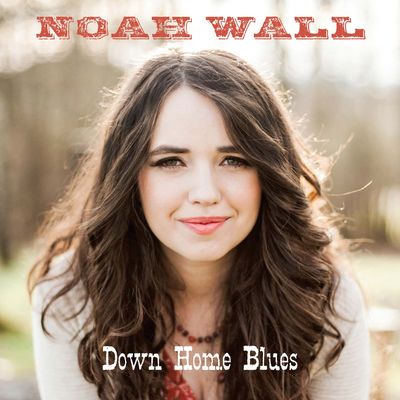 Those that follow Chesky Records closely will recognize the voice of Noah Wall from our previous recording, From The Mountaintop. Now back with her own band, Noah Wall lets her voice shine through on this stunning example of classic Folk sensibilities with a modern twist. Down Home Blues mixes traditional Folk songs with new original material showcasing Wall’s songwriting as well as vocals.

Noah is also the lead singer, fiddler, and founding member of the award winning acoustic band ""The Barefoot Movement."" Now based in Nashville, TN, the group continues to rack up the miles, touring both domestically and internationally. Wall's songwriting skills can be heard in the majority of the band's original material, which has been compiled onto three full length albums. The group's notoriety continues to grow through features in such publications as Country Weekly Magazine, RollingStone.com, CMT Edge, and Billboard.com. In 2014, they were presented with the Momentum Award for Band of the Year by the International Bluegrass Music Association. Declared ""one of the most promising bands on the bluegrass scene"" by CMT, the band is still going strong, bringing shoe-less excitement to every performance.