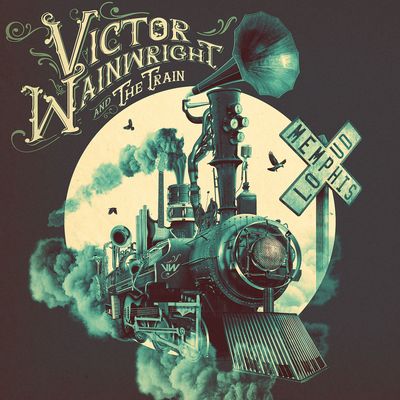 If you want to travel America, take the Train. As the Grammy-nominated kingpin of American roots, Victor Wainwright’s second release with the crack-squad band he assembled in 2018 is a snapshot of all the nation’s great cities and genres – with a modern twist. And, as the title tells you, Memphis Loud’s rattle-and-shout originals demand to be played at speaker-shaking volume. “Find a moment,” he advises, “to sit back with your favourite headphones or speakers, turn it up, and listen. It’s heavy, and I know you’re gonna love it.”

Stick a pin in the post-millennium US roots scene and you’ll find Wainwright at the heart of the action, breaking the rules. Since pricking up ears with 2005’s Piana’ From Savannah, the Georgia-born keys man has been a vital force in the acclaimed group Southern Hospitality, lost count of his industry awards, and elbowed aside the pop pretenders to scale the dizzy heights of the Billboard Top 10. He’s an ageless, genre-defying presence, busting out of the ‘blues’ bracket with music that can dart between soul, Latin, even psychedelia. As he says: “Everyone’s welcome aboard the train.”

Now, building on 2018’s Grammy-nominated self-titled debut, the Memphis Loud sessions went down at the city’s Music+Arts studio, birthing a record where Wainwright, co-producer Dave Gross and their special guests aimed to “leave no roots stone unturned, but push the artform forward into something modern, fun, unique, emotional and powerful.”

From the push/pull groove of opener Mississippi to the gorgeous slow-burn Reconcile, this album takes you on an epic emotional journey – and holds whatever you’re searching for within ist grooves. “We’re picking up speed,” says Wainwright, “and with this record, we’ve fully arrived…!”