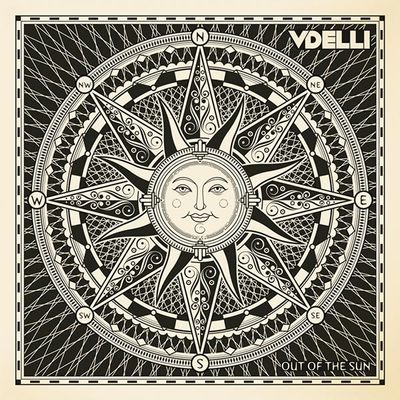 Out Of The Sun

Rock music! Timeless, powerful, dynamic, melodic and varied: It takes only a few adjectives to describe the musical world of the Australian trio VDELLI. Anyone who has ever experienced the band built around frontman Michael Vdelli on stage or at least owns one (or better several) of their albums, knows the unbridled energy of the group, their relentless line of approach and unwavering Rock ’n’ Roll attitude. So, you believe you know what to expect when the first notes of their new album Out Of The Sun come pounding out of the speakers. At the same time one is amazed in a most positive way, because the current disc not only offers VDELLI we have come to expect, but also some exciting innovations and successful surprises. Out Of The Sun is both the logical continuation of their 2015 release Higher and also brings a vitality and downright exuberant rock piñata with addictive effect.