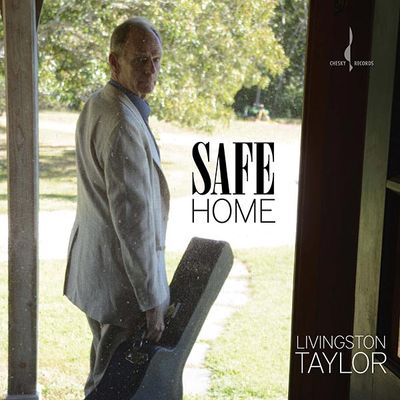 Safe Home, the new album from the venerated songwriter, Livingston Taylor, who is celebrating his 50th anniversary of making music. Featuring a world class, the album gives playful bend to musical classics like Anything You Can Do, and also presents Livingston originals such as I Must Be Doing Something Right. Pull up a chair and give a listen to this guaranteed toe tapper of an album.

Livingston Taylor’s career as a professional musician has spanned 50 years. He maintains a performance schedule of more than a hundred shows a year, delighting audiences with his unique brand of popular music which includes mostly original repertory from his thirteen albums. In addition to his performance schedule, Livingston is a full professor at Berklee College of Music, passing on the extensive knowledge gained from his long career on the road to the next generation of musicians.

Part of the Chesky Binaural + Series, all recorded with a single microphone, the band appears right before you with this spacious, lush and multi-dimensional recording. Now headphone users will hear the same three-dimensional sound and imaging as audiophiles have for the past 25 years with Chesky Recordings. Also these new Binaural+ Series albums capture even more spatial realism for the home audiophile market, bringing you one step closer to the actual event. You will hear some of the most natural and pure music ever recorded.