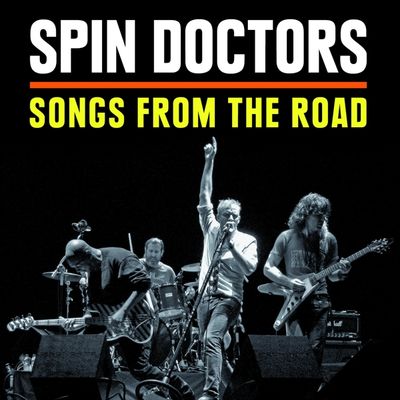 Now in 2015, Songs From The Road, captures a dynamite set from a band that has made it their business to blow off the roof. We get up onstage and we turn it on, says Spin Doctors vocalist Chris Barron. We play our hearts out.

Stop the man on the street and he might tell you the Spin Doctors are the zillion-selling legends behind hits like Two Princes and Little Miss Can’t Be Wrong. Ask a longer-term, harder-core fan, though, and they’ll remind you that Chris Barron, Aaron Comess (drums), Eric Schenkman (guitar) and Mark White (bass) came up playing for their lives on the sharp-end of the New York blues circuit. Those blues clubs were our bread and butter in the late-’80s, says Aaron, and people loved that we stretched out and jammed out.

More than production values, though, Songs From The Road is about the songs with the Doctors chasing through a set list that runs the gamut of genre and vintage. Naturally, there’s a healthy slug of Kryptonite-era material (alongside the aforementioned über-hits, look out for early fan favorites like What Time Is It? And Jimmy Olsen’s Blues). But you’ll also find the track listing rooted squarely in the here-and-now, with Whiskey cuts including Some Other Man Instead, About A Train, Scotch And Water Blues – plus the song that Chris deems the best he’s ever written, Sweetest Portion. Our tunes are not a drag to play live, notes Eric. It feels seamless from the stage, like any of the new tunes can sit with any one of the Kryptonite songs. We can do any of them.