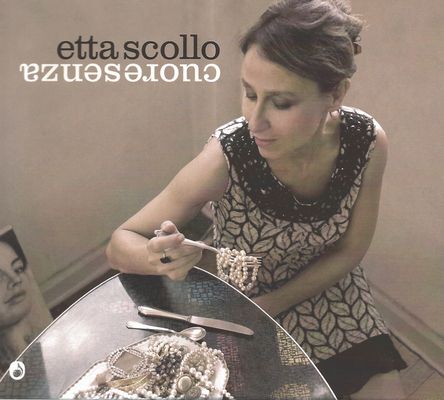 One morning a heart wakes up, getting aware that his body that used to cuddle, protect and sustain him, is no more. So he decides to go and search for him. This is how this odd bodyless heart’s travel starts.

At first he goes back to his past, to his childhood dwellings, he sees again his father shaving and singing about a capricious woman, The curly woman of Domenico Modugno. He resumes his travel and here he is, during a summer in the sixties, in his house yard, from a balcony echo the notes of Mina’s new hit If over the phone, so extroverted and shocking for those years. On his way, he obviously comes across the first guitar arrangements he was able to play with the moving De Andrè‘s Lost love song and the ironical Over the window’s panes of Jannacci at the beginning of his career. He goes on and here he is again in those squares of the seventies where committed songs used to be performed, and he sings the dramatic love story of Gualtiero Bertelli’s Nina, do you remember. And the heart goes on, far away, to a smoky cabaret in Vien-na, he listens to an unusual woman song, breaking all the social rules, she claims her having no scruples in The Novak from Cissy Kraner. But he doesn’t stop there, he wants to understand where and why this body suddenly has gone. Heading North, he finds again the loving attention of The care that Franco Battiato would take about himself and other sick hearts, passionate, clear and efficient as a therapist. But the missing heart hasn’t finished his travel yet, why did this body leave him to beat alone as in The bachelor of Paolo Conte? He resumes his way, this missing heart, again and again, now looking at present times because maybe the answer is there, among the light and deep lines of the young poet Marthia Carrozzo or in the mocking and redundant Stefano Benni’s lyrics I Do Love You. Now the heart sits down, at a street corner, he collects all his clues and memories, as a treasure. They all beat together with his heart upon the concrete that amplifies it as a musical theme. Heart missing becomes a song and he knows that behind the corner, between past and future, his body-core, is waiting for him, brand new.