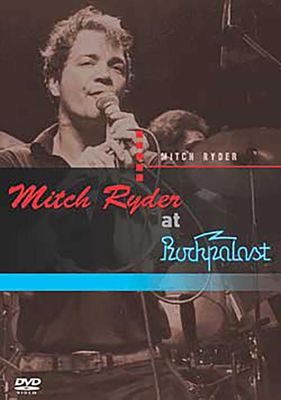 Two medleys: „Jenny Take A Ride” and „Devil With A Blue Dress

On 6 and 7 October 1979, the Rockpalast Eurovision Night in

the Grugahalle Essen, the band - normally used to arriving somewhere, going on

stage and leaving right away after the show - were beyond day and dream. Mitch

But what followed was a recognizable concert: Mitch tore his inside to the

outside. The piercing screams of the white soul screecher made his fans shake

The Blues to the final with the Doors’ “Soul Kitchen“.

Rockpalast again - with an English guitar player and the German band ENGERLING.

This concert also is on the DVD in full length and with an unchanged intensity.

To this adds an interview in which Mitch talks about the 1979 concert.