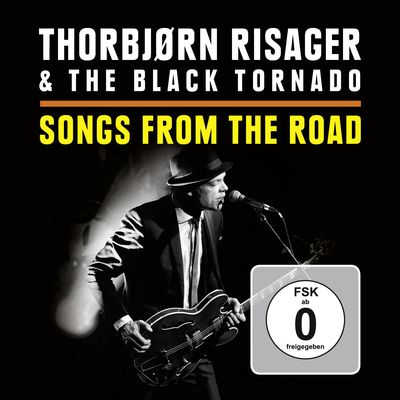 In 2014, something unusual happened. On the strength of their breakthrough album Too Many Roads, Denmark's Thorbjørn Risager & The Black Tornado went global. Now it's one thing for an artist from Copenhagen to enjoy success at home and in a few adjacent countries. But the release of Too Many Roads saw the seven-piece combo fronted by singer and guitarist Risager gaining widespread notoriety in the U.S. and being invited to play in locales as far away as Mumbai, India. Early in 2015, Thorbjørn Risager & The Black Tornado celebrated that triumph by returning to one of their favorite nightspots – the Harmonie in Bonn, Germany. They would treat local fans to a one-of-a-kind spectacle, hitting the stage as a ten-piece mini-orchestra. After Thomas Ruf of Ruf Records introduces this deluxe edition of the band – including a three-man horn section and backing vocalists Ida Bang und Lisa Lystam – the colossal sound of Risager's semi-hollow body spearheads the all-out attack of opening number If You Wanna Leave. He and his Black Tornado are off to the races…

The succeeding 100-minute concert, captured on CD and DVD for the newest addition to Ruf's Songs from the Road series, shows off every facet of this unique conglomeration of musicians.