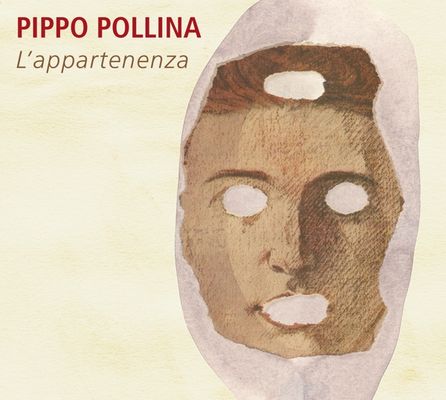 Finding a home in music is not a new topic in the times of globalization. The Sicilian-native Pippo Pollina knows this desire. A Swiss by choice, he is however, repeatedly returning to his origins, in constant search of belonging. This is called L’appartenenza in his native language. A stunning, eloquent piece of work, in which, he reflects in a thousand different facets on his aspirations, memories and experiences.

The newly awarded laureate of the Freiburger Leiter and the Swiss KleinKunstPreises needs no introduction. Since the early 90’s, Pippo Polllina belongs, without a doubt, to some of Italy’s greatest Poets living in exile. His expressive and raw, yet powerful, engaging and lyrical voice can be heard in his songs and texts on over a dozen albums. Colleagues such as the Swiss songwriter Linard Bardill, the band Patent Ochsner, Georges Moustaki or Konstantin Wecker have been happy to collaborate with the Sicilian, who chooses to live in Zurich.

In the past few years Pollina has engaged himself in a very diverse musical terrain. He has writ-ten an opera for theater, worked with a children’s orchestra and combined his poetic art with that of the likes of the Bavarian duo Schmidbauer/Kälberer. After eight long years, it was time to record a new album with new songs. It was just that time for me, stated the 50-year-old singer. As different as the 13 songs on the album seem to be, bundled together they all address the theme of belonging. Over the years, I have noticed, that my songs are a tool, an instrument, to come into contact with other people, explains Pollina. It is not a town or a place in which the feeling of belonging takes place, but with these songs it is desired and found.

From this point of view it seems natural, that Pollina looks to his soul mates to reach for his L’appartenenza. With his Sicilian sister, Etta Scolo, the two are bound by a decade of friendship and show a wistful, confession of love, to their lost, yet time and again revisited home, which gets under the skin as they sing the duet Ti Vogghiu Beni. Then there is the charismatic and gruff Giorgio Conte, with whom he sings the poignant Mare, Mare, Mare, a Hymne to the sea as a place of longing in a crazy, mixed up world. And finally, his new counterpart Werner Schmidbauer, with whom the Italian adds a Bavarian touch to the lines of Risveglio, a tribute to the never transparent, never ending journey. And none other than his colleague, Martin Kälberer, serves on the album as his graceful, master of the audio-mixer.

L’appartenenza harbors many musical and textual treasures, whose brilliance are released by an attentive ear. In the buoyant pop song Cantautori, Pollina conjures up an army, which he builds with his famed colleagues, all of which help fight the war with rhymes and metaphors. With Laddove Crescevano I Melograni he returns to the fervent melancholy of his fiery youth in Sicily, which forced him into exile, because the Mafia threatened to murder his fantasy. With an affectionate, sinuous folk number, he approaches his present-day home, in a subtle portrait called Helvetia.

Pippo Pollina plays on a large keyboard of expression in these 13 new songs. He possesses the gift to write hit-worthy numbers with a sensational band compilation, he dances through airy, folk-arrangements, puts his whole heart and his entire experience into the ballads that get under your skin with the cello, bandoneon and piano. Few are capable, of describing a smile or a spring rain so metaphorical that it awakens the senses. No revolution, rather a slow advancement, is how he describes his work. A kind of music that sinks into itself and in itself, finds belonging.

Finding a home in music is not a new topic in the times of globalization. The Sicilian-native Pippo Pollina knows this desire. A Swiss by choice, he is however, repeatedly returning to his origins, in constant search of belonging. This is called L’appartenenza i