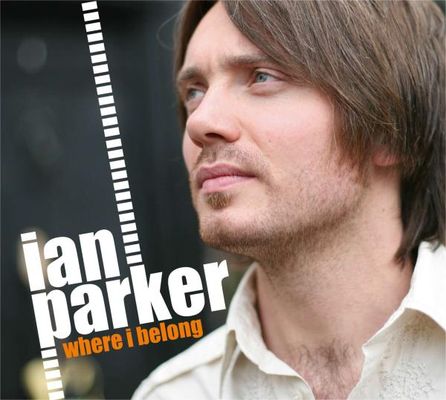 For the last decade Ian has been on a journey of discovery, a

journey which although far from over, has already provided the young artist with

a vast array of experiences which have shaped his musical identity.

Aynsley Lister and Erja Lyytinen, began a process of consolidation for the

artist. During this monumental trip, he reconnected with his blues roots, and

born. On his return to Europe, Parker set about re-examining in great detail,

the work of his blues and soul heroes. Assimilating the lessons learnt from his

less bluesy influences, his task now was to bring all of these forces together,

in order to truly find himself.

'Where I Belong' is the result of this lengthy artistic

process. If he was ever in any doubt, Ian Parker certainly knows who he is now.

Unquestionably, a relevant 21st century blues man, Ian is acutely aware of the

heritage of his music, as is evident on the passionate 'Love So Cold'. Equally

he is in tune with the music of the modern age, as is apparent in the eerie

'Don't Hold Back' and the tortured 'Told My Girl To Go Away', and is able to

the long term preservation of the genre. 'Until You Show Me', 'Sweet Singing

Sirens', and 'Before Our Eyes' are perfect examples of this amalgamation of

styles, and of Parker's unique approach to writing.

'Where I Belong' has plenty for guitar lovers, the emotional

soloing, which enthrals fans at Ian's live shows, has at long last been captured

in the studio. However there is so much more on offer here than mere

new. His ongoing search for a sense of belonging is the subject of the album's

title track, and further self-analysis can be heard on the hard-hitting blues

rocker 'You Could Say'. The trials and tribulations of romantic relations are

covered in the yearning blues-ballad 'Coming Home', and the 'R&B'/Soul workout

'Your Love Is My Home'. Parker's song-writing is not entirely focused around his

personal life on this record. On 'Waste My Days' for example, he reflects on the

common human failing that is, the inability to 'live in the moment'.

Recorded analogue to tape, the album has the rich and warm

sonic characteristics associated with the pre-digital age, but there is nothing

retro about this release. 'Where I Belong' has something for all blues fans,

purists and progressives alike. It catalogues the pronounced growth and

self-discovery of a contemporary blues artist who is here to stay.