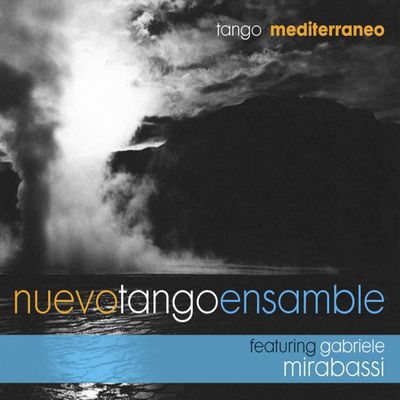 The Nuevo Tango Ensamble was founded in 1999 by

Pasquale Stafano and Gianni Iorio in order to celebrate Astor

Piazzolla`s music, but also to rearrange it. The Trio approximates

complex musical expressions and the characteristical sounds from Buenos Aires.

This convergence became quickly a deep passion of Nuevo

Tango Ensambles, supported by the enthusiastic feedback by the audience. For

through Europe to present Piazzolla’s compositions as a

mixture of Tango and Jazz to the listeners.

With this project „A night for Astor“ the

Nuevo Tango Ensamble established itself over the years at theaters, but also

at Jazz Clubs and at festivals. They just did a festival tour through the Arab

and the clarinettist Gabriele Mirabassi.

released, the second album „A night in Vienna for Astor Piazzolla“,

Now the latest album of the Nuevo Tango Ensambles is

in the starting blocks. For “Tango Mediterraneo“ they worked with

Gabriele Mirabassi who has an excellent reputation as clarinettist by

now. The album will include primary self-made compositions of Pasquale

interpretations. “Tango Mediterraneo“ will be released on the