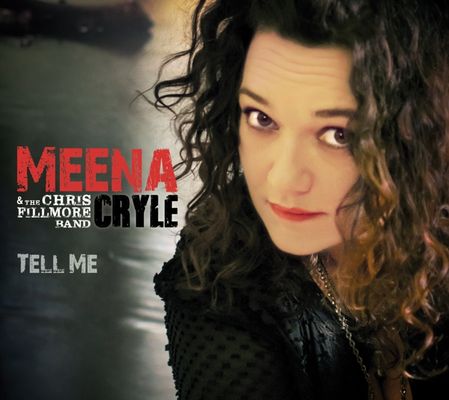 Meena Cryle (voc./acoustic guit.), Chris Fillmore (electric & acoustic guitars, banjo, slide guitar, piano), Marlene Lacherstorfer (bass) and Frank Cortez (drums) are four talented young artists who create an exceptionally honest and exciting brand of music. Southern Soul, Blues and Rock'n'Roll are the labels most commonly used to describe this stand-out formation from Austria. But the band prefers to avoid clichés and pigeonholing. Their experience on tour and in the studio, both in Europe and the USA, has given them the confidence to follow their own muse. The result is Tell Me, a compelling new album with twelve songs that come straight from the heart.

Meena Cryle and Chris Fillmore, the group's songwriting team, share a deep artistic connection that goes back more than 20 years. Today their understanding is nothing less than intuitive. Chris and I are like Jagger and Richards or Ike & Tina Turner, says singer Cryle. They recorded their debut album Try Me outside Memphis in the summer of 2009; the collaboration with legendary producer Jim Gaines (Santana, Stevie Ray Vaughan, John Lee Hooker) and a slew of top-class guest artists was a huge challenge and important stepping stone. Their strong follow-up Feel Me was released in 2011 and marked the first appearance of bassist Marlene Lacherstorfer. She and drummer Frank Cortez have been the backbone of the band for the past three years.

Her next tour with the Chris Fillmore Band is set to begin in March 2014. Diehard blues fans, Meena supporters or anyone interested in hearing good, honest music should mark those dates on the calendar. Or, as the artist puts it herself: Anyone who wants to go on a trip with me is more than welcome.