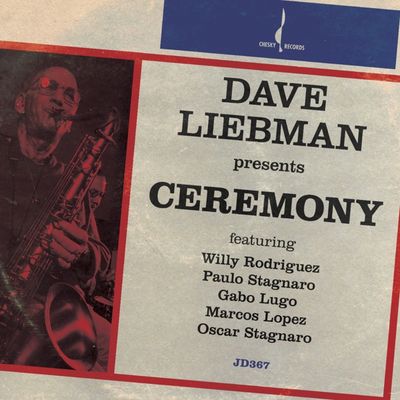 The National Endowment of the Arts’ Jazz Master, Dave Liebman, was born in New York City on September 4th, 1946 during a period of change in jazz, one that has yet to be properly documented by even its most noted musicians, writers, filmmakers, and serious academics. It was a time when Afro-Cuban based dance music and its driving polyrhythms were taking the city, and eventually the country, by storm. At its epicenter was the Machito Afro-Cubans, a big band led by the amazing multi-instrumentalist (clarinet, alto sax, lead trumpet) Mario Bauzá and his brother-in-law Frank Grillo (Machito). Thus Afro-Cuban jazz, the first form of Latin jazz, was born and Afro-Cuban percussion would become part of mainstream jazz in America.

With this new work, Dave has added to that history and joined the continuum of Jewish musicians that have contributed to New York City’s rich Afro-Latin music culture. Dave’s beautiful flute, tenor, and soprano sax lines soar over the rhythms played by young virtuosic percussionists throughout this beautifully haunting CD. They provide a cultural context evoking the spirit of John Coltrane. Particularly in the two opening pieces which were penned by Coltrane and arranged by Dave. Those along with the Coltrane cuts, “Danza” and “Tardes”, the three “Ceremony” pieces center around one basic melody adjusted for each of the chosen modes, freely interpreted over odd meter bass and drum lines.

Part of the Chesky Binaural + Series, all recorded with a single microphone, the band appears right before you with this spacious, lush and multi-dimensional recording. Now headphone users will hear the same three-dimensional sound and imaging as audiophiles have for the past 25 years with Chesky Recordings. Also these new Binaural+ Series albums capture even more spatial realism for the home audiophile market, bringing you one step closer to the actual event.