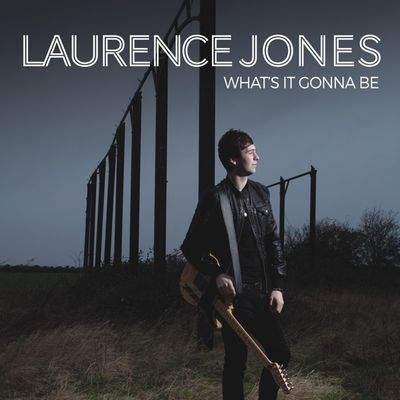 What's It Gonna Be

All or nothing. For Laurence Jones, it’s an easy choice. In recent times, the hotshot British bandleader has barely stopped for breath. There’s been the release of 2014’s all-conquering second album, Temptation. The triumphant Blues Caravan tour that saw him raise roofs across Europe. The auspicious nod to represent his country at this year’s European Blues Challenge, and the prospect if his performance at the Albert Hall for Lead Belly Fest in June. At this juncture, a less passionate artist might cool their heels and count their royalties. No chance. Saviour of the British blues scene is not a position for part-timers, and in 2015, Laurence is back with his stunning third album, What’s It Gonna Be.

What’s It Gonna Be. Now there’s a question. If you’ve followed the 23-year-old’s journey so far, from his roots as the hottest guitar gunslinger in Stratford-upon-Avon, through his 2012 breakout with Thunder In The Sky, to his rise with Ruf Records, you might have an inkling of the qualities that will be found on this third album. There’s gonna be white-hot fretwork. Vocals with power and soul. Songwriting that grabs you by the collar. Released in 2015 on Ruf Records, What’s It Gonna Be gives you all of the above. But it gives you more, too, pushing the bandleader’s talent further than ever before.