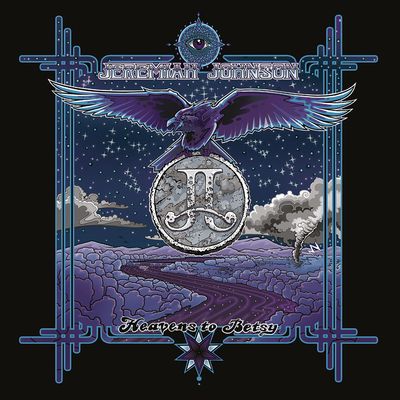 Some artists need smoke and mirrors. All Jeremiah Johnson needs are songs. In the age of manufactured pop, the acclaimed St. Louis bandleader is a beacon of time-honoured songcraft, writing on acoustic guitar, digging deep for raw lyrics and insisting on studio production that bottles the sweat of his shows. The approach might sound old-school, but on latest record Heavens To Betsy, the result is some of the most vital music of the new decade.

As the sequel to 2018’s acclaimed Straitjacket, Heavens To Betsy is another creative leap for an artist on fire, representing Johnson’s boldest writing yet. Try White Lightning, the lyric penned from the perspective of a struggling Southern farmer, powered by money-lick sax and wah pedal. Put your foot down with the hard-driving Castles In The Air and American Steel: a salute to the joy of the US freeway. Or fall hard for poignant moments like Long Way Home and Forever And A Day, where Johnson showcases his eloquence on topics like dementia and the wrench of touring.

Like all the best records, Heavens To Betsy didn’t come easy. Johnson tells of long days under producer Pete Matthews, sometimes catching the spark in the first take, sometimes at the end of a twelve-hour day. “Recording this record was absolutely the most intense experience I’ve ever had in a studio. Good enough was not an option. But I’m extremely thankful that Pete pushed everyone to get the best out of every performance.” These songs deserved nothing less. On Heavens To Betsy, Jeremiah Johnson has delivered on his mission statement – and then some – with a record that demands to soundtrack the moments of life that matter. “I want this record to be something you’ll want to crank up when you’re with your friends and celebrating life,” he considers. “I want people to throw this record in the stereo and get a kick in the ass…”