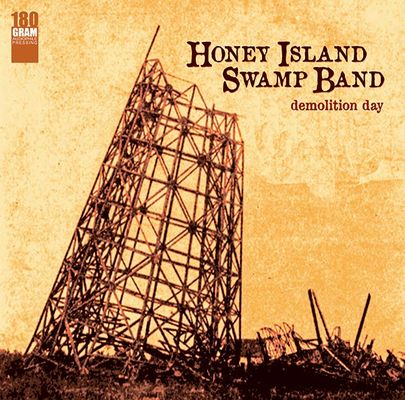 Take a late-night stroll through downtown New Orleans and you’ll hear a thousand flavours of music spill from the clubs. Spin the new album by the Crescent City’s new favourite sons, meanwhile, and you’ll hear a band who embody that eclectic spirit. Released in 2016 on Ruf Records, Demolition Day is the band’s fourth full-length studio release and marks a milestone in their career. The album title cuts deep. It’s just over a decade since Hurricane Katrina tore along the Gulf Coast, plunging New Orleans into devastation, but throwing together four Big Easy evacuees who found themselves marooned in San Francisco.

Aaron Wilkinson (acoustic guitar/mandolin/vocals), Chris Mulé (electric guitar/vocals), Sam Price (bass/vocals) and Garland Paul (drums/vocals) were already on nodding terms from their hometown circuit, but when the four men joined forces for a weekly residency at San Francisco’s Boom Boom Room, the chemistry was undeniable. By 2009, the lineup had released award-winning debut Wishing Well, enlisted Hammond B-3 wizard Trevor Brooks and placed one foot onto the podium of New Orleans greats.

Demolition Day is just the start. You might experience these eleven tracks for the first time on your stereo or smartphone, but as Honey Island Swamp Band tour across the States and beyond in 2016, you can expect them to take on a life of their own.