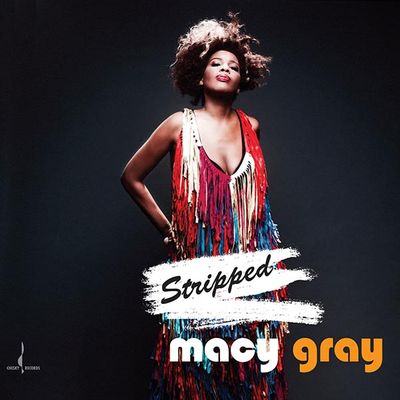 One of the most iconic and instantly recognizable voices in music history is back in a way you've never heard before. Macy Gray makes her Chesky Records debut with her new Jazz infused album, Stripped. Paired with an awe inspiring jazz ensemble that includes Ari Hoenig, Daryl Johns, Russell Malone, and Wallace Roney, Macy's voice is given the space and freedom to truly shine. Featuring new original songs, intriguing covers, and stunning new arrangements of her classic hits like ‘I Try,’ there's something for everyone on this timeless recording.

Macy Gray was born and raised in Ohio, and moved to California for college. She began singing in her 20s and released her multi-platinum debut album, On How Life Is, in 1999, winning a Grammy for her single, ‘I Try’.

Gray also enjoys acting, and has had small roles on several TV shows as well as movies, including Training Day with Denzel Washington, and Shadowboxer with Cuba Gooding Junior. Additionally she made cameo appearances as herself in films like Spider-Man (2002) and television shows like Ally McBeal. In 2012, she appeared in the film The Paperboy with Matthew McConaughey, Zac Efron, John Cusack, and Nicole Kidman. The film was released at the Cannes Film Festival. Gray was also a contestant on the ninth season of Dancing with the Stars in 2009.