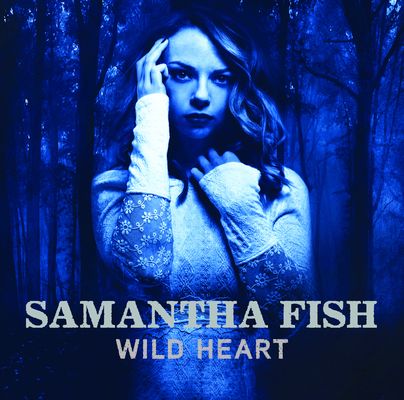 “The young blues chanteuse has little problem vocalizing her sadness, anger, and pain—and doing so in a bewitchingly seraphic timbre.” - Guitar Girl Magazine

Wild Heart was recorded over just a few days in three different studios, as they trekked the backroads from Louisiana to Mississippi in the fall of 2014. Starting at Brady Blade’s Shreveport, Louisiana studio, they laid the basic rhythm tracks and vocals. Luther then carried Samantha to his Zebra Ranch Studios in Hernando, MS where they had a traditional Hill Country Blues session. Then, finally, all roads lead to Memphis where the duo put the final touches at both Willie Mitchell’s Royal Studios and the legendary Ardent studios.