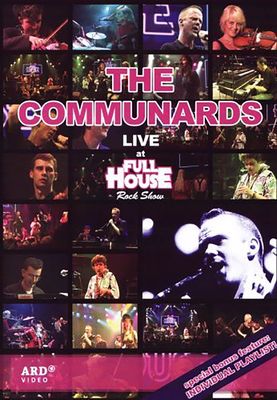 Jimmy Somerville left his erstwhile band due to personal, musical and

political reasons, and soon after founded The Communards with

multi-talented instrumentalist Richard Coles. The repertoire of the group

“Don’t Leave Me This Way” - all from the first album “Communards”. With the

release of this single, The Communards shot up the US Billboard charts to

The British band is introduced at the Capitol in Hanover by

Alan Bangs, who, in connexion with the emotionally charged concert - which

includes the songs “Don’t Leave Me This Way“, “You Are My World“ and

their career and motivation to write lyrics.