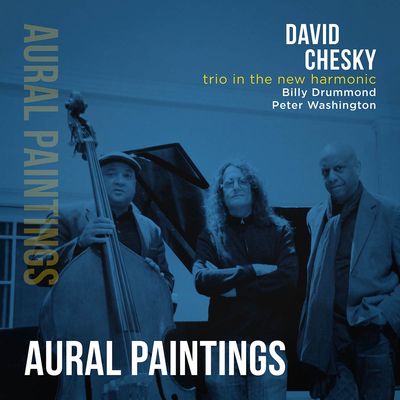 David Chesky’s chamber jazz conceptions, informed as they are on one hand by a tonality redolent of the Second Viennese School of Arnold Schonberg, Alban Berg and Anton Webern, and a collective improvisational sensibility which evokes the prayerful impressionistic ruminations of Bill Evans, Herbie Hancock and Paul Bley, suggests elements of both 20th Century Classicism and of Modern Jazz in its most chamber like iterations.

These works conceived as a series of tonal paintings seeking to be reborn as a post-modern jazz trio in the left wing traditions of those American pianists. Reflecting as it does the pianist’s fascination with cubist chordal juxtapositions—in lieu of more traditional diatonic steeplechases—repeated immersions into the highways and byways of Chesky’s new harmonic reward the listener with fresh epiphanies, unwilling as David is to reveal all of his secrets in a single sitting. (from liner notes by Chip Stern)