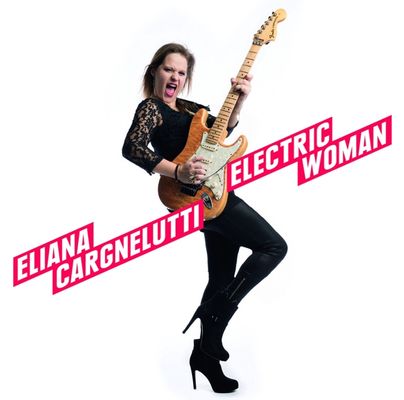 Its centerpiece is of course singer/guitarist Cargnelutti, who combines hotshot vocal swagger with impressive technical chops. During her young career, the Udine, Italy native has shared the stage with the best of the Italian blues scene while also dabbling in soul, jazz, funk and heavy metal. "I started out playing rock and metal," she reveals. "They'll always be part of my musical language." Indeed, cuts like "Just for Me" and "Show Me" confirm that hard rock and heavy metal are still very close to her heart. "You can hear many of my influences: Guns N’ Roses, Joe Bonamassa, Eric Sardinas, Susan Tedeschi, Aretha Franklin, Stevie Ray Vaughan and Led Zeppelin."

Though they'd met just once prior to the sessions in the fall of 2014, producer Castiglia was instantly smitten with this young talent from northern Italy. "Eliana is a very technically proficient guitar player, but she can kick you in the ass with her playing as well. She can certainly hold her own with anybody on the guitar end. Her vocal range is very impressive and reminds me of the great female singers of the 80s, like Joan Jett, Ann Wilson and Pat Benatar."

With help from a roomful of world-class studio talents, Eliana Cargnelutti literally broadens her horizons on Electric Woman – a convincing statement of this tough young artist's dedication and will to succeed on the international stage.