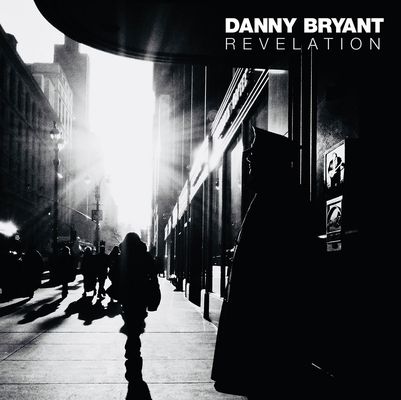 His fourth studio album to be produced by Richard Hammerton, following in the footsteps of 2015’s Blood Money and 2014’s Temperature Rising, the new album is one of Danny’s most personal and emotional album of his career.

When I began writing this album, I knew that it was going to be one of the toughest challenges of my career,” says Danny. It wasn't lack of material, it wasn't a lack of desire, but I realised from the beginning that, if this record was to achieve the things I wanted it to say, I would have to go deep inside of myself with these songs and confront memories and emotions I didn't really want to face.

Most of all, be completely honest in my writing or it wouldn’t work. The year preceding this album was, for personal reasons, the very hardest of my life. In the space of six months I lost one of my oldest and closest friends and shortly thereafter my father passed away, after a long tough illness. Dad played bass in my band for many years and together we stood side by side playing over two thousand shows, we travelled the world together, he was my best friend and the bedrock of this family.

I was struck with a deep depression and crippling anxiety and in times like this I have always found salvation within music. So these songs are dark in subject matter, they are about isolation, despair, and dark times. They question things that I previously had never considered.

But this is not an album of dirge music, don’t misunderstand. Indeed, many of the songs are upbeat in tempo and reveal a much more rocky influence to my music. They are heavy laden with guitar and deserve to be played loud! I am incredibly proud of the results because this collection of music is all the things that, for a long while, I couldn't articulate in everyday life. The long nights and the endless searching.

Musically speaking, this album features my core band alongside the members of my full 9-

Piece Big Band, a project which I love touring with. It’s great to hear the brass and keys on these

songs, they add new and rich textures and I find myself feeling musically more refreshed, inspired and dedicated than I have for many years.