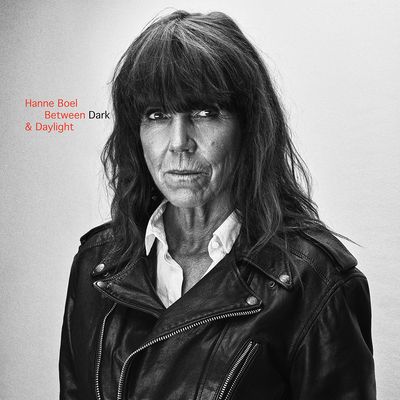 Hanne Boel is… back? Well, no, she was never gone. On BETWEEN DARK AND DAYLIGHT, the greatest Danish soul singer of all time gets back to the true spirit of her classic albums. The new release is not an attempt to revive lost grandeur but rather an opportunity to explore, build upon the experiences in her past, and hear the years of maturity in her voice. With crystal-clear foresight and hindsight, Hanne has managed to pay homage to – without competing with – her own musical story.

After having toured Denmark extensively with the funk group Blast for a number of years in the 1980s, a young Hanne Boel pivoted to a more soulful sound that she first introduced to the public on the BLACK WOLF LP in 1988. This release would set the stage for her career, and 1990’s DARK PASSION vaulted her to the top of the charts in Denmark and greater Scandinavia, where she has enjoyed tremendous and sustained success. Now, after having sold more than 2.5 million copies of 20 albums, Hanne Boel is the best-selling Danish singer ever – her resumé overflowing with countless honors and Grammy awards. She tours tirelessly and performs at sold-out venues primarily in Denmark and Norway (the latter country having almost taken her in as one of their own).

In 2009, Hanne Boel began a nearly decade-long tenure as a Professor and Vice-Principal at the Rhythmic Music Conservatory in Copenhagen, and a period during which she generously shared her expertise and experiences with young upcoming talents. Throughout it all, she has been unwavering in her musical expression, simultaneously reinventing and staying true to her artistic identity.

Hanne has spent much of her career in a musical delta where soul music flows into R&B and joins the tributaries of rock and jazz. Her voice hasn’t lost a bit of the emotional grandeur, character, or intimate expressiveness we’ve loved throughout the years, and here on her first real solo performance in too long, her vocals shine with a synergy with some of the greatest musicians from the worlds of jazz and rock. All this on an album completely free of jarring and unnecessary genre restrictions, imbued with an emancipated expression of desire. Her overabundance of musicality reminds us of a voice that still vibrates with sensual richness in multiple styles including soul, funk, and jazz, and is allowed to fly with a hot (and cool) band that shares her deep love for great African-American music.

Hanne Boel’s dynamic and powerful voice has offered her many opportunities throughout her diverse career, and yet BETWEEN DARK AND DAYLIGHT gives listeners something different and new – something deeper, something extraordinary, something riskier. The Danish legend is expressive and vibrantly present in a personal musical universe that never sounded more contemporary or relevant. It’s been a while since she last went through the ringer of writing songs, fine-tuning arrangements, getting the band together, and finally recording everything. It’s been an emotional, joyful return to the process she is so intimately familiar with.

BETWEEN DARK AND DAYLIGHT contains new original songs written by Hanne herself, as well as others written in collaboration with Jacob Bellens, Anders SG, and Emil Falk – each number carefully recorded in good company among friends. This is Hanne Boel in 2020, in a deconstructed universe and in a hybrid of many musical directions, all of which she feels at home in. “Time has passed and I have gotten older. But I’ve also found far greater open-mindedness now than ever before,” says Hanne of the release. “I was waiting for a spark of expressiveness instead of seeing it as a natural, constant flow. It was a challenge to get going on my own songs, not to mention the lyrics, but it’s also been satisfying to allow the process to happen at ist own tempo. In recent years, I have toured extensively with guitarist Jacob Funch (I Got You On Tape, Moi Caprice, The Late Great Fitzcarraldos, Mads Mouritz). We have explored the possibilities of interaction in a more authentic way, without too much technique… kind of back to the roots. Among other things, this experience has been instrumental in sending me towards what I stand for today, focusing on interaction and lots of dynamics in the soundscape… which became part of the inspiration for my new album.”

It all began with a stack of songs in a desk drawer that had been composed over an extended period of time, most of which had never been heard by anyone else. Jacob Funch helped bring them to life, and suddenly things were moving. For Hanne, an artist who worked extensively in the 1990s, and with today's volatile record label management, it was a liberating creative experience. The process simply had to be allowed go at ist own pace. “It was a lengthy process, free of hasty decision-making. We kept the door open for creativity to the very end.”

The next musician brought into the fold was bassist Anders "AC" Christensen (Paul Motian, Jakob Bro, Black Sun, Savage Rose, Tomasz Stanko). For a week, the three of them lived and played under the same roof at Hanne's house, a period described as so wonderful and intense that the outside world could have ended without any of them noticing. “I can’t put into words how happy and spoiled I feel when I am allowed to experience the intensity of what I love most – to play and sing in close collaboration with other musicians, where the music is allowed to guide us and show the way,” raves Hanne.

After some preparation, the ground-tracks were laid down and several musicians and singers were brought together in The Village Recording studio in Vanløse with August Wanngren engineering. The project grew there, with each of the many participants being encouraged to make their mark on the music. It was surprising to observe how so many different personalities each took the music in new and unexpected directions, including in the rhythm section, where American drummer Kenny Wollesen (Tom Waits, Sean Lennon, Bill Frisell, Norah Jones, Myra Melford, Steven Bernstein, John Zorn) contributed deep grooves, while horn and string sections took the project over the finish line before Mads Nørgård started mixing everything.

“The meanings of some lyrics are immediately obvious to anyone, while other texts can gain new meaning when I sing them with the life I’ve lived and my experiences, not just as a musician and singer but as a human being. It’s exciting to be challenged by lyrics and to feel the necessity in the meanings of the words” says Hanne about her choice of songs and lyrics, which often describe small emotional moments. The material is perhaps simpler than she initially thought it was going to be, but shines when presented with so much tenderness and love. Several selections are based on the dark hours of the night, when the unspoken and repressed emerge, when emotions take over and senses are heightened – about the dualism of night and day, light and dark. But they are also about time, age, acceptance, trust, regret at large… and the love that finds ist way into the cracks of life where anything can grow!

They say you should be careful what you wish for, or you just might get it. But then again, sometimes you just get what you want! Here’s Hanne Boel's BETWEEN DARK AND DAYLIGHT!