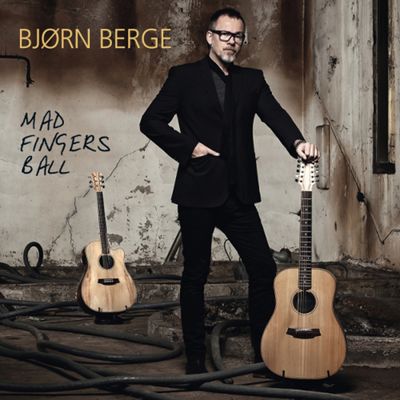 After having released a total of ten studio albums of which two have won a Grammy (Stringmachine in 2001 and Illustrated Man in 2002), Bjorn Berge is going to release his new album Mad Fingers Ball on 22 February 2013. The artist with the acoustic guitar has interpreted not only known and unknown songs for the new album in his own way; he has also mixed these with five instrumental songs written by him. On the new album the unique finger play of Bjorn Berge is shown to its fullest advantage and is reinforced by the unusually harsh and deep voice of Bjorn Berge.

During his career he has gained an excellent reputation as a guitarist. The last 15 years he worked primarily as a solo artist what gives him more opportunities for interpretations and improvisations in the studio, as well as live on stage. Bjorn`s music combines several genres which are not easy to categorize; it combines Folk, Jazz or Blues with elements of Rock and Funk.

With his special fingerstyle Bjorn Berge became a popular artist on various stages in Europe. He has developed an outstanding reputation as an artist with his virtuosity also in Canada, the U.S. and Russia where he is playing regularly at Rock, Jazz and Blues guitar festivals.