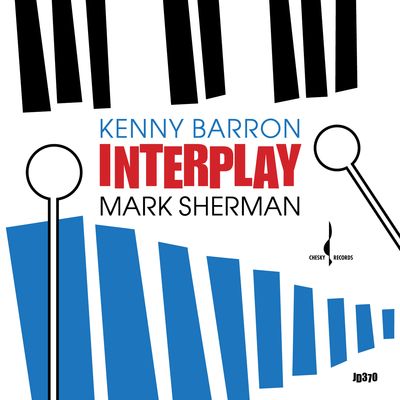 This stellar inter-generational collaboration between vibraphonist Mark Sherman and National Endowment for the Arts Jazz Master Kenny Barron, both professors at Juilliard Jazz, showcase their remarkable interplay on nine well-chosen standards and two originals. Kenny’s harmonic sense and just the way he serves the music is at the highest level, says Sherman. I was transcribing Kenny Barron solos when I was 16, 17 years old, so you can imagine how much it means to me to be recording with him. It’s a total cloud nine situation for me.

Sherman explains that his musical kinship with Barron was sparked when the pianist reached out to him about giving his granddaughter vibraphone lessons. And from there, we just became friends. The two would later play a weekend of duets at Kitano in Manhattan, followed by a few select gigs that allowed them to forge a deeper chemistry together. It was fun and a privilege for me, of course, says Sherman. Sherman spearheaded the project, wanting to record the music while it was alive. The resulting collaboration is undoubtedly filled with life.

Part of the Chesky Binaural + Series, all recorded with a single microphone, the duo appears right before you with this spacious, lush and multi-dimensional recording. Now headphone users will hear the same three-dimensional sound and imaging as audiophiles have for the past 25 years with Chesky Recordings. Also these new Binaural+ Series albums capture even more spatial realism for the home audiophile market, bringing you one step closer to the actual event. You will hear some of the most natural and pure cool jazz ever recorded.